Mould can grow just about anywhere; all it needs is water and a source of food, such as wood or cardboard. If your basement has a leak or your bathtub won’t stop dripping, chances are you have mould growing in your home right now. Avoid the health risks associated with mould growth by getting mould testing. In Surrey and Vancouver, home and business owners rely on BC Hazmat Inspections for thorough mould testing in Vancouver.

Our inspectors are AHERA certified and our in-house lab is staffed by NIOSH certified technicians, so in a very short amount of time we can analyze mould particles and air samples to determine if you and your loved ones are at risk.

Mould is the term for a large group of microorganisms with more than 1.5 million species. There are always mould spores present outdoors and in buildings, because they are small and easily distributed by wind, floods, insects, animals and human activity. Indoors, mould is commonly found in humid areas with adequate moisture, temperature and substrate, such as bathrooms, attics, basements and crawl spaces. Mould can colonize on a wide range of building and construction materials, including:

To avoid mould growth in these places, it’s very important to mitigate moisture problems. Be sure your home is properly ventilated and take note of potential places mould can grow such as leaks near windows, plumbing leaks and wet spots on carpeting, walls or ceilings.

Why Mould Testing Is Necessary

Mould releases airborne spores as it grows that, if they are inhaled, can affect your health. People with allergies, weak immune systems and asthma are especially at risk, because mould can cause:

If you do not have allergies or a weak immune system, you can still be affected by mould exposure. There are many symptoms associated with mould inhalation, including:

Along with the health risks, mould can lead to unpleasant odours as it grows and damage to your home. If you’ve noticed high levels of moisture in certain areas of your home or there’s a musty smell when you go to your basement, you need to call the professionals for mould testing.

BC Hazmat Inspections provides comprehensive mould testing in Vancouver. After you call, our team will arrive at your home or place of business to perform a visual inspection. This thorough inspection of every room of your home will allow us to locate the mould, determine the extent of growth and identify the causes of the growth.

Our AHERA certified inspectors will take air and/or mould samples to our lab where an analysis will take place to determine the impact of the mould growth on your indoor environment. Once the types of mould spores are identified, our team will present solutions to ensure your family or employees are safe.

Contact Us for Mould Testing in Surrey and Vancouver

If your asthmatic son is having trouble breathing indoors or there’s a musty smell in your bathroom that lingers even after you air the room out, it’s likely you have a mould problem. To determine the extent, cause and type of mould you have, you need mould testing by a professional. Contact BC Hazmat Inspections today for comprehensive mould testing in Surrey, Vancouver, and beyond. We also provide services for asbestos testing. To learn more, feel free to checkout our website 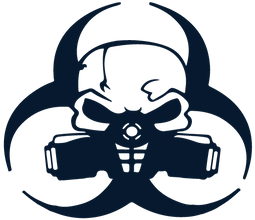 Your Trusted Team of Hazmat Technicians

Consult with Us
Copyright BC Hazmat Inspections 2020 - Legal
Created by